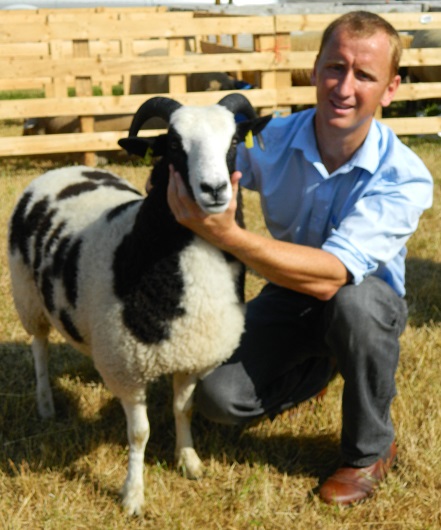 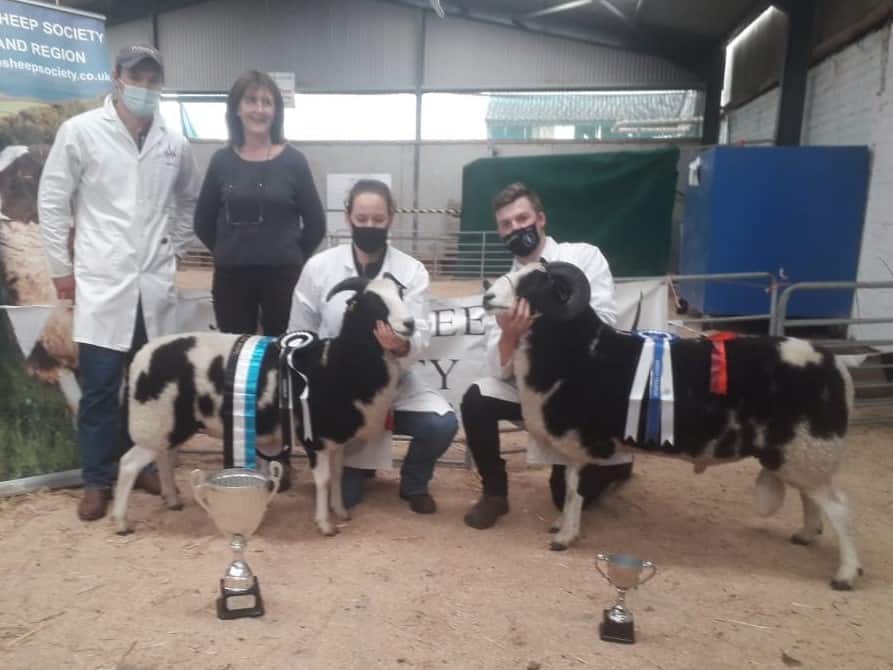 The Ireland Show and Sales 2021

The Southern Ireland show and sale was held in Tullamore mart on Friday 6th August. A big thank you to our judge, Mrs Geraldine Fletcher from Wicklow. The pre show and sale inspection was carried out by Adrian Hamilton and Paul Colhoun.

Trade in the ring was very good and hopefully all members went home happy. The champion rosette was awarded to Cathal Walsh (Donadea flock) with his very stylish two horned shearling ewe and reserve champion was also awarded to the Donadea flock for his strong two horned shearling ram. The ram lamb class was won by the Harney family (Green star flock) with a very smart two horned ram lamb. The ewe lamb class was also won by the Harney family and was nearly a clean sweep as they had 1st, 2nd, 3rd, 4th & 6th placed ewe lambs in the winning line up. The aged ewe class was won by Brendan Carthy (Midfield flock) who also took  2nd place in the class.

Entries for the sale were superb with 94 pedigree sheep up for sale. A big thank to you to all the members who supported the sale by entering sheep or buying. , and to the committee members who helped out. Highest price on the day was €500 for the reserve champion shearling ram sold by Cathal Walsh, and the 2nd placed shearling ram also sold by Cathal Walsh achieved the 2nd highest price on the day of €440.  .  A new trophy was presented by the Ireland region for the reserve champion in memory of Mr Gordon Connor who sadly passed away earlier this year.

The ninth Northern Ireland Show & Sale was held on Sat 14th August 2021 and with a superb entry of 168 pedigree sheep there was plenty for buyers to choose from.  A big thank you to our judge, Stephen Dodsworth, who travelled over from the UK to judge some very large classes, and thanks also to our inspection team, Scott Dalrymple and Derek Brown, for inspecting a lot of sheep in a very tight schedule.

Stephen awarded the championship to the Harkness flock (Jonathan Harkness) with his stylish four horned ewe lamb by Pentrenant Hope out of a Pentrenant ewe. Reserve champion was awarded to the Crumkill flock (Joseph Duff) with his four horned aged ewe bred by Wyn and Siwan Harries. The second reserve champion went to the Gleannmor flock (James & Gareth McGrath) with their strong four horned shearling ram, Rill Elijah, bred by Linda Wilson.