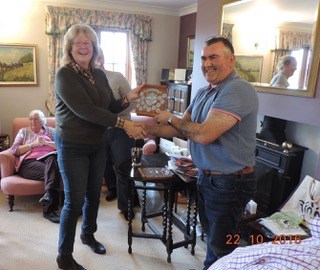 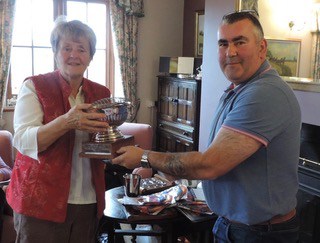 1. The minutes of the meeting held on 7th February 2106 were agreed.

2. Barley welcomed Scott Dalrymple and Gordon Connor, the flock
competition judges, and asked Gordon to give out the results. See below.

3, Shows. The region had been represented at most of the shows in the
region and as usual had a stand at Kent. This was a great success largely
due to the efforts of Lesley in setting it all up and the stand had won 3rd prize
in the non- commercial section. Income and expenditure had been roughly
equal after allowing for the purchase of the new banners.

4 Gareth Jones reported that there was a flock in the SW region that was
being sold with very good sheep and asked anyone who was interested to
contact him.

5. There was the usual concern over the lack of new entrants for the shows
and it was suggested that more should be done to publicise when and where
the shows were and what prize money was available.

6. Neil and Pam Dickens said they would like to present a trophy to the region
for the best ewe in the flock competition.

7. Barley thanked the two flock competition judges for all their hard work and
helpful advice, and also Neil and Pam for their hospitality in making the day
so enjoyable. The meeting also thanked Barley for all her efforts as regional Council member .

I have since been advised that the flock competition cups at the moment are as follows.  A shield for the best large flock. A shield for the best small flock.  A rose bowl for best ewe. Currently held by Chris Bone.  And a reappointed cup for the best Ram.  So we will need to discuss what the trophy Neil and Pam Dickens, would like to be for.

Also  we would like to thank everyone for bringing raffle prizes.  And taking part, and note that the raffle raised £72. And thank Virginia Lloyd for organising the raffle.

Also I forgot to say that Rosemary Prosser.  Emailed me to stand down from the southern region committee. I wish to thank her for all her hard work and time. 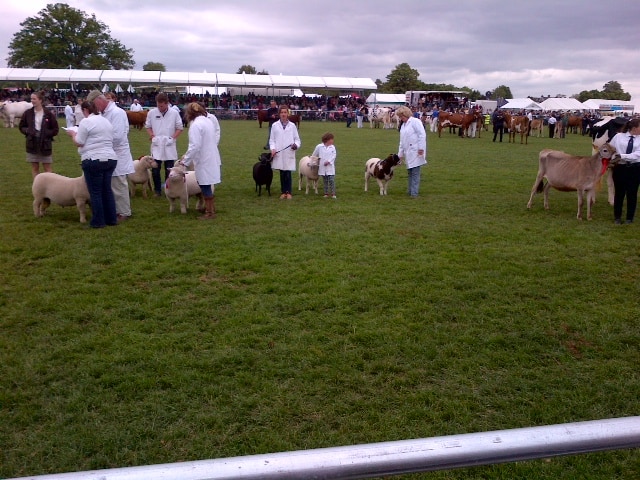 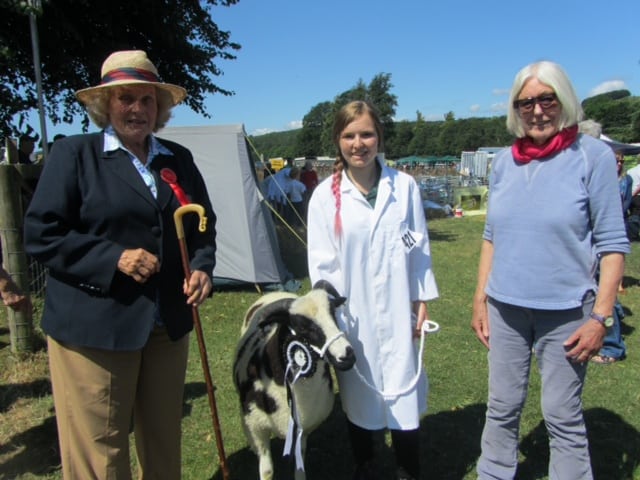 At The Singleton Show “Olivia” Reserve Interbreed Champion with her handler

and the Judge Mrs Rosemary Beecher and Anna Milner the class sponsor. 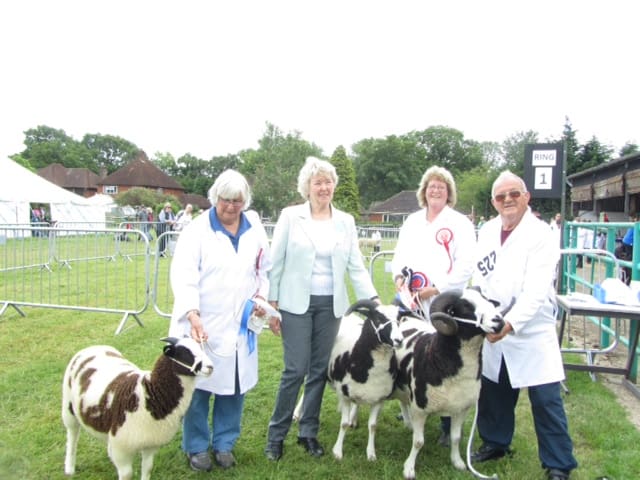 A full list of all the shows and contact details are on the main site on the ‘Local Shows’ page.

SPRING NEWSLETTER 2014 and SHOW and AGM information, click link below

The 2013 renewal of Edenbridge and Oxted show was very much a game of two halves with heavy rain the day before making everything a quagmire underfoot and all the sheep looking very bedraggled and miserable as they arrived (other than Linda Brown’s Coldswood flock which trotted in snugly rugged in matching livery).  As if by magic the sky cleared by mid-morning on Sunday and the sun came out, drying everyone off and returning the showground to bearable mud – which was very amusing to all of us in boots as so many of the visiting crowd were seen leaping the puddles shod only in flip-flops.  By the Monday it was hot and sunny and we were all down to T shirts and shorts.  Despite the weather on the first day, Edenbridge lived up to its well earned reputation for a friendly holiday atmosphere and a relaxed and easy introduction to showing for new exhibitors.

A few years ago the pure Jacob classes were lost due to a drop in numbers and all the trophies were dispersed so it was gratifying to count up a total of 31 sheep in 6 classes, the Ram Lamb class being particularly strong with 12 entries with Linda Brown taking first and second place. However, the Judge Mr J. Williams of Kimbolton found his Champion in the Shearling Ewe class with Mapleleaf Jasmine, shown by Chris and Amanda Bone, repeating her success from Kent County of taking both the class and the Championship.  When the Judge came to visit the exhibitors after the class we told him that he had chosen well as Jasmine had won at Kent, he looked visibly relieved at getting it right!

Lesley Pope won the Open Wool class with her Jacob fleece beating all the other breeds and Michaela Baldwin of Swan Farm YFC at Ashford showed one of Glen Dodwell’s Jacobs (Aurora) to be second in a very hotly contested Young Handler Class.

We have been looking to replace the Jacob trophies at Edenbridge and Bill Emptage came to the rescue having found a nice new cup in an antique shop so he gave it to the best novice exhibitor who has not won a first prize at the show in the Jacob classes, with the intention of encouraging newcomers to “come and have a go at showing”.   After some discussion with the Stewards we had three entries(or was it four?) and it was won by a promising Ram lamb shown by Nick Van Manen.

Click on the link above for the full results.

The Kent show took place on what was probably the hottest weekend end of the year. As usual we had a stand with lots of woollen goods and soap very popular, I was most surprised by the amount of folk buying their yearly supply of soap!  The show its self well stocked with Jacobs, we had a full line of Jacobs in the pens.  Sue Taylour was our Judge, she was entertained in the Jacob tent after judging, with wine and cake as tradition dictates! It was the first year that the young farmers were allowed to show horned sheep in their classes, they have their own ring at Kent and it’s very well supported. Sadly I missed seeing them in the ring but Larissia from Swan farm Young Farmers Got 3rd. for her Jacob ram lamb.  In the turn out class.  I must say a big thank you to all of you who helped on the stand over the weekend.

Another perfect day for this show although a little warm for the sheep! Peter Bull judged the Jacob classes and it was good to see him looking so well.

Roy and Jean Digweed took the championship with a lovely shearling ewe and the reserve was Mike Reynolds with his ewe lamb.

The full list of results can be seen by clicking on the link above. 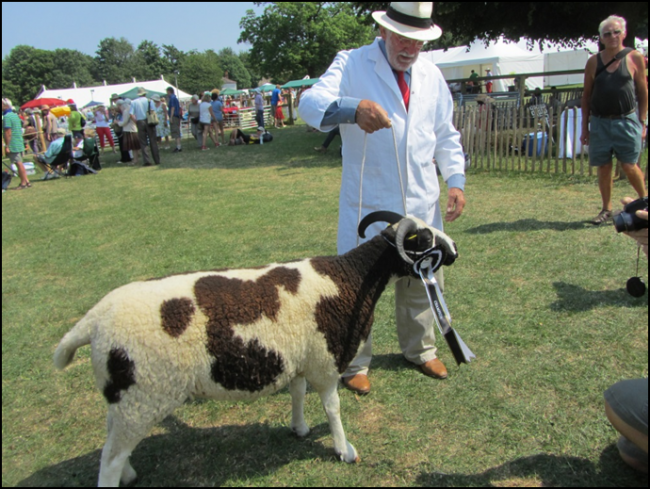 A lovely day for the show at Alton – the attendance was good although there were not so many there during the afternoon. Could have been something to do with Andy Murray playing the final at Wimbledon!

Unfortunately there were only 3 entrants which is disappointing as it is such a nice show and deserves support.

Stan Taylor was the judge and gave  Mark Bridger  the championship with his ewe and Simon Jones  reserve with a ram lamb. Congratulations to both of them. The full list of results can be seen by clicking the link above. 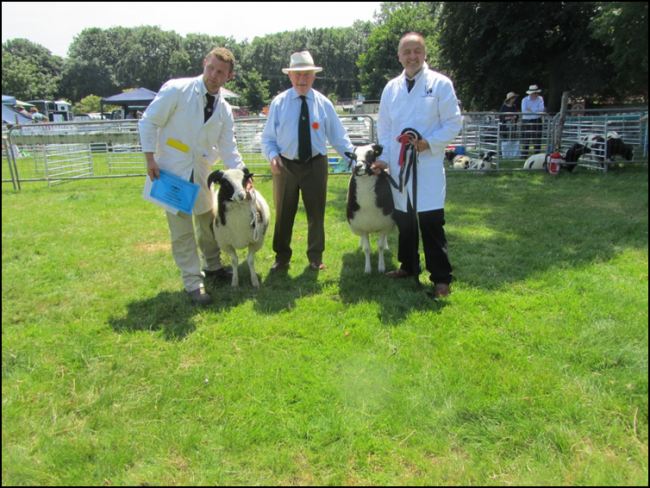 Finally the sun shone for the Surrey County Show at Guildford. Usually it rains (or even snows) and the wind howls through the sheep lines, but this year the weather was perfect. Sunshine but not too hot and it certainly brought the crowds out.

There was a good turnout for all the sheep classes with 4 exhibitors in the Jacob classes.  Mark Bridger took the championship with his shearling ram and Simon Jones was Reserve with a ewe. Well done to both of them !

Click on the link above for the full results. 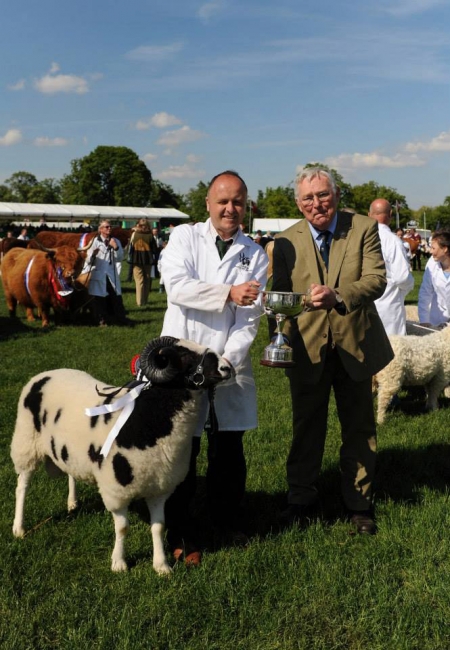 Mark Bridger receiving his trophy for his ram.

In the middle of June we had  a very successful Open Day at Fiona and Noel Gordon’s lovely house near Maidstone. Unlike many other events this year, the weather was kind although Fiona had a few panics the week before as to whether we would all have to move indoors. However apart from a couple of short lived showers, the sun shone and we all enjoyed a superb barbecue lunch on the terrace. Before that we looked at Fiona’s flock and Jean Blacknell led a very informative and interesting discussion about all aspects of the breed and sheep keeping generally.

After lunch there was a hands on session on halter training, washing and preparing sheep for showing and how to show your sheep in the ring to best advantage. 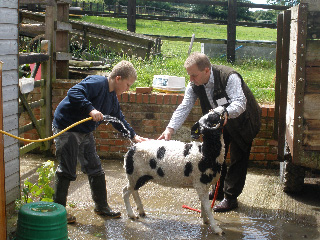 As always Jean was full of useful advice and  helpful tips!

It was nice to see some new faces, particularly young ones, and hopefully some of them will now feel they have the confidence to have a go at showing.

Thank you again to Fiona and Noel for their hospitality

Flock assessment 2012 Click on the link for the results

Now the show season is here  I will do my best to get the results up as they come in, if you have any good photos of you and  your winning flock collecting your cups Please email them in,to BARLEY110@AOL.COM And I’ll do my best.

There was a superb turn out of 26 Jacob sheep for the Kent show. Linda Brown took the championship with her ram and the reserve was won by Chis Bone with her ewe lamb.

The newly presented Aldington cup for the best Jacob fleece was won by Chris Bone.

Caroline Gould did a brilliant job setting up  and manning the Society stand which won a highly commended award in the agricultural stand category. Photos to follow

Well done to all of them!

The committee would like to welcome the following new members from the Southern Region who have recently joined the Jacob Sheep society:

Why not become a member of the Jacob Sheep Society? Join Online today..!

Buy the 2021 Jacob Calendar..! Click here for the story behind it.!