Welcome to the News page for the Welsh Region.

Here are two PDF documents which many give you information during the Covid-19 outbreak. Please click the links to download.

Covid Checklist for Shearers and Farmers 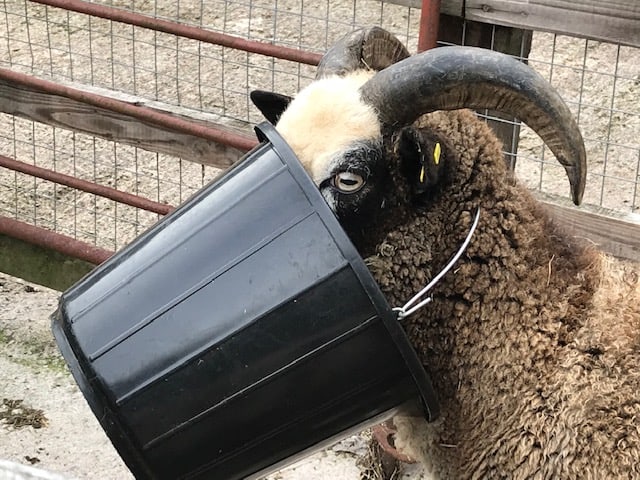 The Jacob Sheep Society’s new calendar editor is Sarah Weaver who will be receiving and selecting photographs for the 2021 calendar, arranging printing, and posting them out to members in due course. Closing date for the receipt of digital photographs for consideration is July 31st and photographs should be e-mailed to sarah.weaver4475@gmail.com.

Calendars should be ordered through our merchandising coordinator, Lorna Hendey, via the on-line shop at https://sales.jacobsheepsociety.com

A message from Siwan Harries, the former regional council representative.

I would like to take this opportunity to thank all members and officials for supporting me my role throughout my time as RCM and I can honestly say that it has been a joy and privileged to have helped the region move along and I am grateful for the opportunity to have done so.

I am Glad to announce that we have a new Regional council member in Place . Welcome to Carys Richards from the Cariad Flock .

I hope you enjoy your time as our RCM for the term to come. I will update all contact details shortly. thank you for the continued support on here.

Welcome to all new Jacob Sheep Society members in Wales. Please feel free to contact me regarding Jacob events. I am always available to take your calls and look forward to hearing from you

2017 Events
25th August Wales official Show and Sale at Monmouth Livestock Market**NEW** VENUE AND DATE
click here for catalogue
6th-8th October Flock Competition
Judge Paul Colhoun & Ady Hamilton Ireland
Entries need to Be with Siwan by the 15th September with Entry fee £25 made payable to jacob sheep society .
We really do need entries in in plenty off time .if there are not enough entries then the flock competition will be rearranged .
1st October Llandovery Coloured Sale
ENTRY CLOSES ON THE 16TH AUGUST
*************

(Exchange is no robbery – certainly not at the Welsh !)

It was a formal exchange of rams last autumn that resulted in this year’s Royal Welsh Jacob and lowland inter-breed championships going to Lancashire.

Taking the top breed award under judge Robert Price, and later the lowland inter-breed title and ultimately third of all-comers, was Horwich, Bolton, Pikefield flock owner Kevin Gaskell with his four-horned shearling ram Hope Ace, for which, breeders Wyn and Siwan Harries, had taken in exchange, Kevin’s 2014-born Pikefield Braveheart. And it was Braveheart that sired the Hope flock’s winning tup lamb – Hope Hurricane -- at the Welsh on its first time out. The other twist to the ram exchange was that Kevin’s champion had sired his own tup lamb that came second in class.

Hope Ace, by Hope Rocky Boy, won at Great Harwood earlier this year after standing at top of the line in the last show of the 2016 season at Masham Sheep Fair.

In reserve place at the Royal Welsh was a two-horned shearling ewe from Rhodri Jones, Builth Wells. This was one of three immensley powerful two-horned females they had at the show, all by the big Border Windrush they bought some time ago from Clive Richardson. It was the first show for the shearling ewe – and possibly the last this season. By the same sire was Rhodri’s winning ewe which had been the reserve breed champion two years ago at Builth. And completing the Windrush-sired trio was the sixth placed ewe lamb.

Clive Richardson himself also clinched one of the main rosettes when his two shear and highly successful Border Nearco won the senior ram class and went on to take the reserve male championship.

For the reserve female championship, Robert Price went for the stylish four-horned first prize ewe lamb from Wyn and Siwan, which comes from a line of winners. It’s mother was a Royal Welsh reserve breed champion as a lamb a few year ago, and that ewe went on to produce last year’s breed champion, a Rocky Boy ewe lamb. This year’s reserve female champion is actually full sister to the Rocky Boy lamb. Hope also had second place in the ewe in the ewe class this year with one by their Hyndshaw Highand Laddie This ewe had been the reserve breed champion in 2014 which the year Highland Laddie was champion.

Other leading card winners included the Harries’ second prize shearling ram, a big, white four-horner bought from Scottish breeders Edie and Willie Crowe. Stockton-on-Teme breeder Ryan Edwards was not far off the top either, taking second in the shearling ewe class and second with a big ewe lamb.
Also in the blue second-placed cards was the Celtic Flock, back at the Royal Welsh for the first time in five years and supporting their feature home county of Carmarthenshire. With breeder Arwel Jones tied up in other show duties as the National Chairman of Wales Young Farmers, along with opening the 2017 show, sheep showing was left to his sister who brought out home bred ram Celtic Iron Man standing second to the reserve male champion Border Nearco. The two year old Iron Man is by Dalewode Oliver that has sired many champions across England and Wales. He is great grandson of one of the Celtic's foundation females, a Valkyrie ewe from Jan Tasker .

Among the yellow cards were the Trumper family with a shearling ram, the same with a ewe, and also third with a ewe lamb. However, they rounded off the day with reserve group of three, where the top award went to Hope. Rhodri Jones took third in the shearling ewe class and Owain Jernkins took third in the senior ram class, while relatively new breeder Lisa Hutchins from Okehampton, Devon had the third prize ram lamb, a four-horner.